An expanded view and todo list plugin to extend the functionality of Gmail allowing sorting, scheduling, and notes. 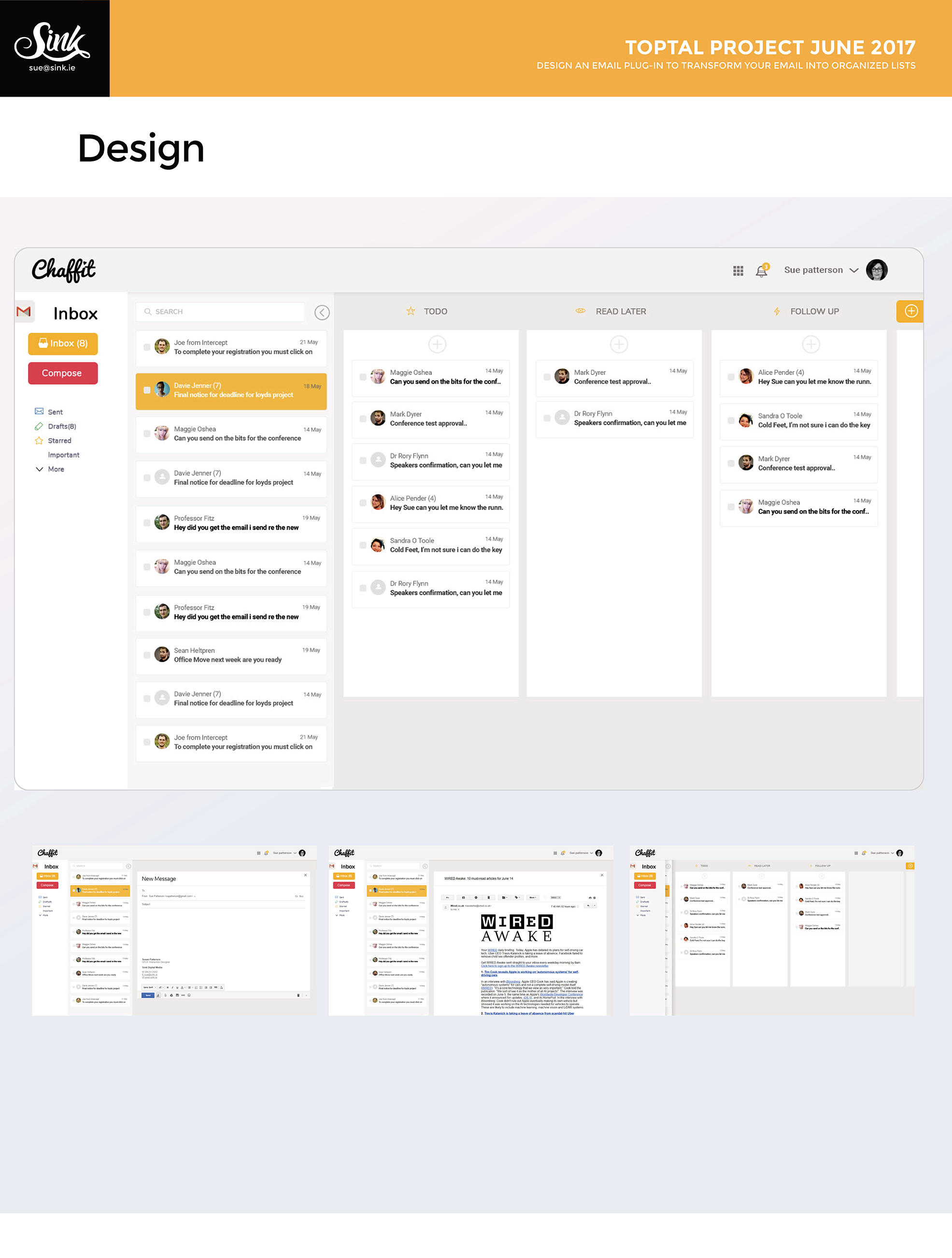 Chaffit Gmail plugin was a rapid prototype solution that was developed in a design sprint, it  was designed to quickly test a potential solution for organsing emails and todo lists. This was designed to be an add-on to gmail to extend functionality app that reminds people of their to-dos, at the point where they arrive in your inbox, where they can actually carry out  some of these tasks. Our big design challenge was to do this without adding the burden of understanding how to work a new system, and to make adding an email to a specific todo list to the process of creating a reminder as simple as possible.

We adopted a design-sprint approach to get some initial direction in the project and then progressed through to a full rapid user testing and implementation of a prototype.

I worked on design sprint, the UI design and user research and evaluation during all the iterations of the prototypes development. 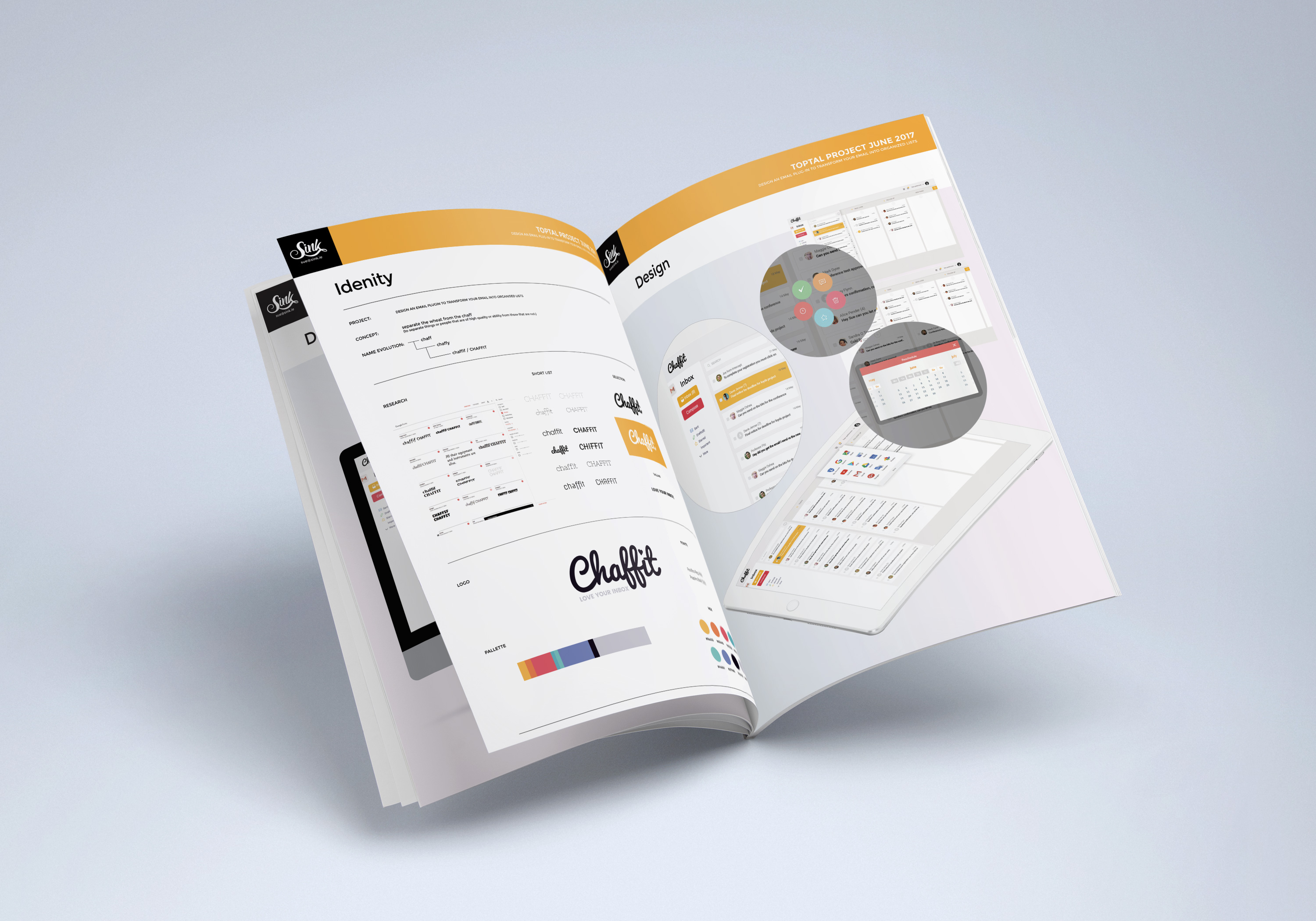 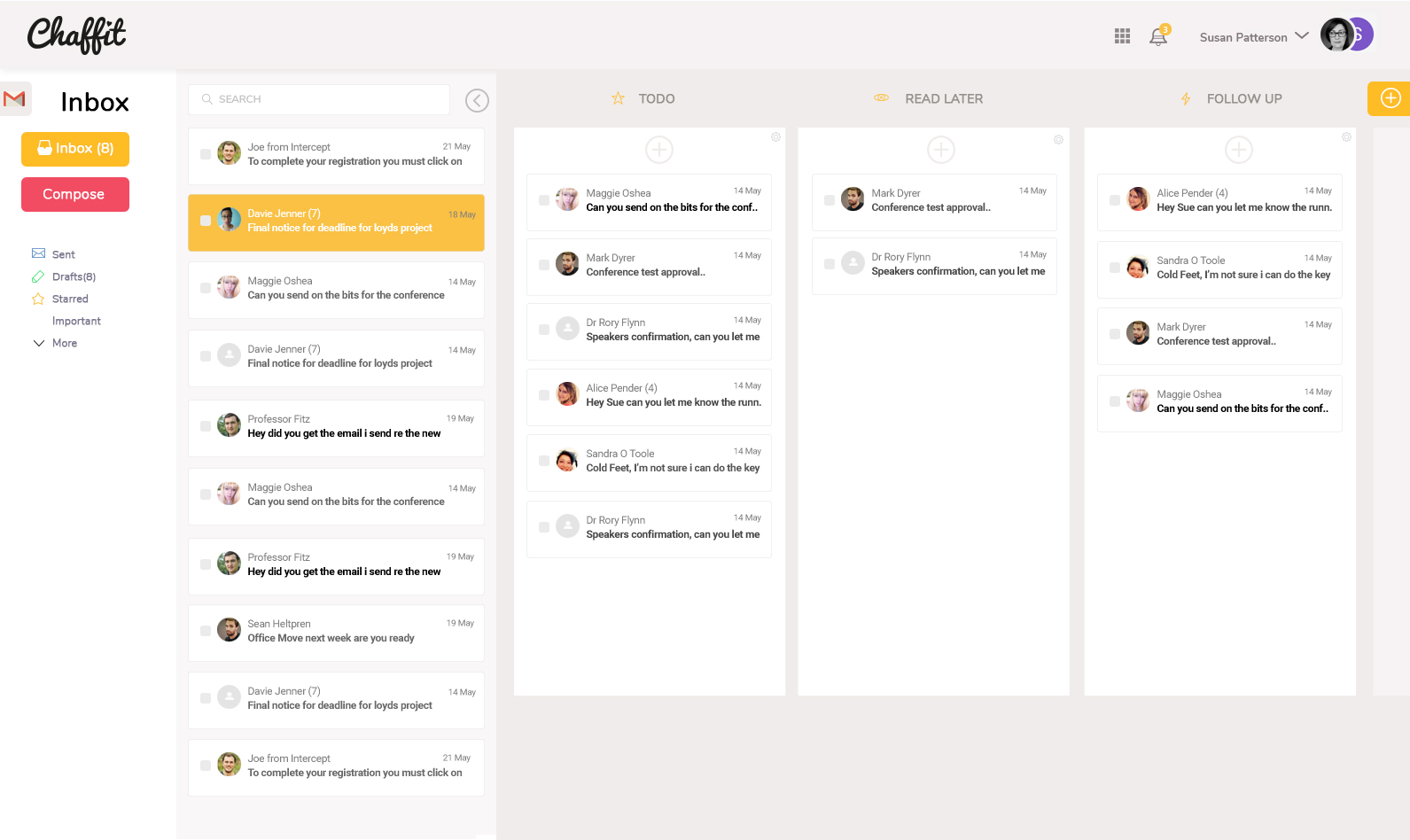 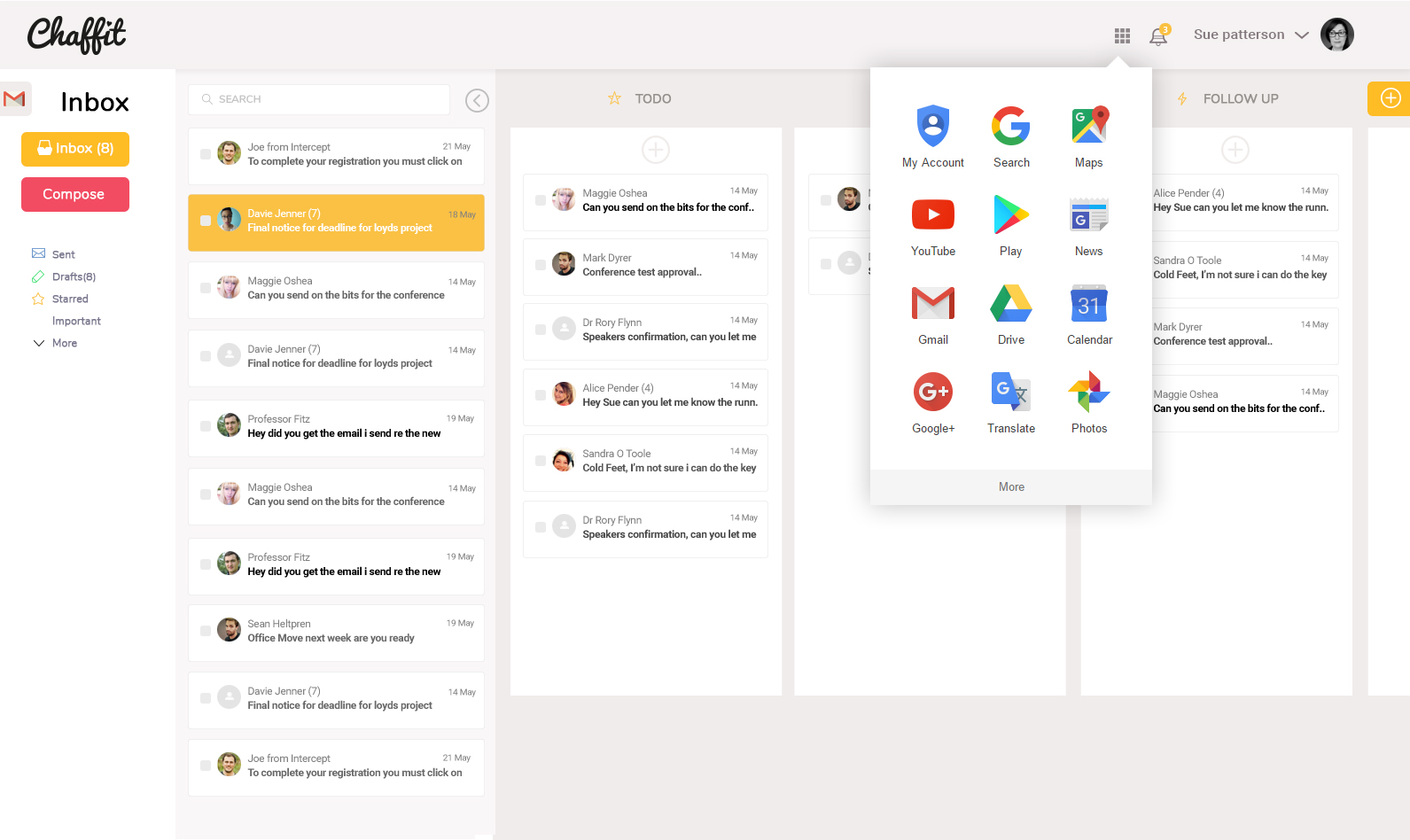 If you’re interested in enquiring about a work opportunity, reach me via email or LinkedIn.